Is Beer Festival saturation a reality? 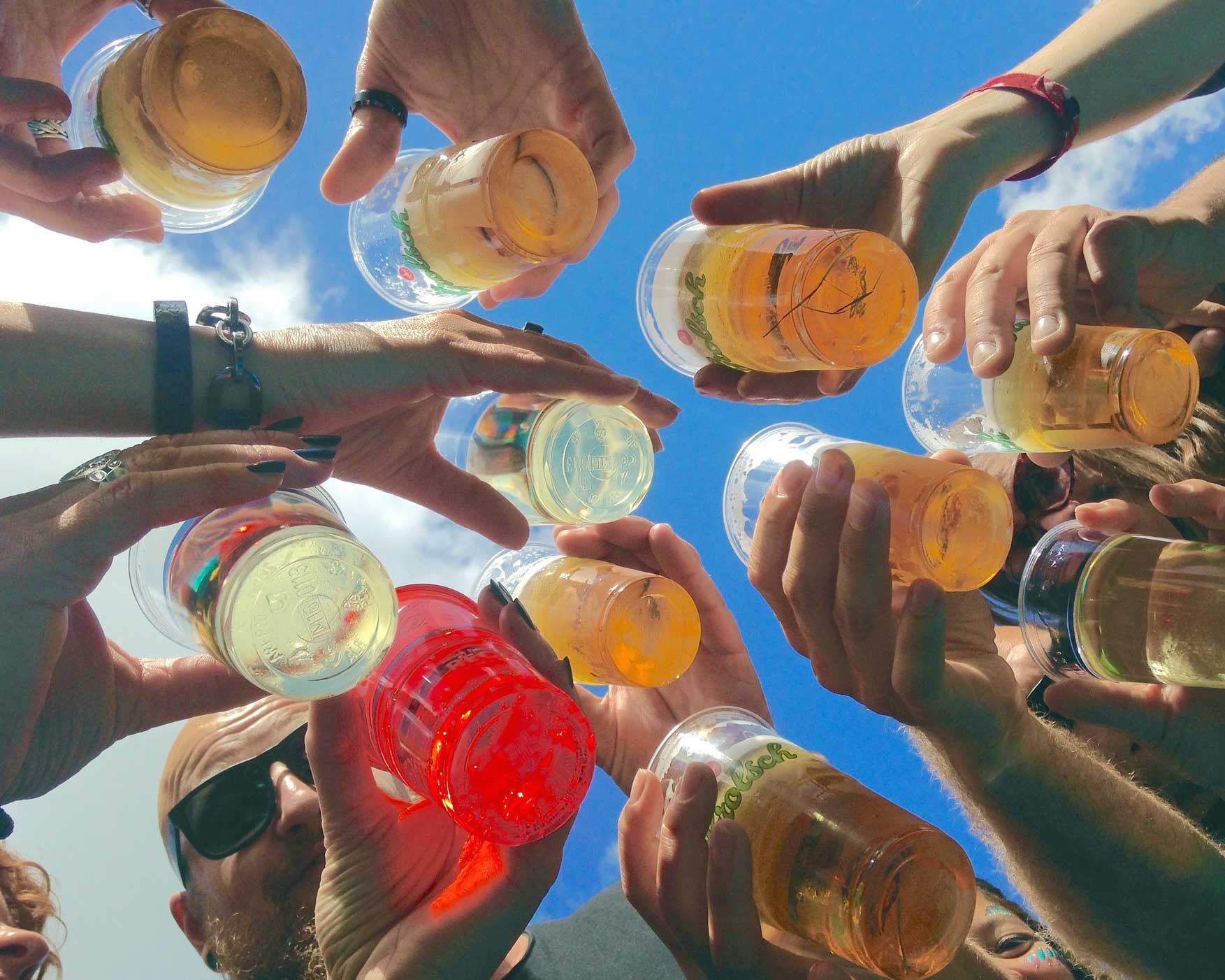 Deciding which beer event to attend on any given weekend is becoming much more of a challenge nowadays.  Each week sees a large number of high-profile events, both nationally and internationally, competing for visitor numbers.  And it should never be a competition.

It is seemingly the same big-name breweries that participate in various events each week, traversing the continent and appearing in a different country each weekend.  It can’t be good for the well-being of the people involved who need to be somewhere else every weekend for several extended working days, unless a brewery is affluent enough to have multiple teams permanently on the road.  Nor can it be great for the environment — one way or the other.  And much as we’d like to state otherwise, it can certainly be draining for the determined drinker to not only constantly choose between impressive events, but to also be perpetually busy throughout the summer without some unfocused rest and recuperation.

But what is the alternative?  Is there another way?

Would the European brewery/beer scene/festival circuit benefit from a much more coordinated and centralised approach that reduces costs, allows breweries to be more efficient and effective in attending beer festivals, and gives visitors less choice to worry about (but does not reduce the options)?

Would anybody even sign-up for this approach?  And who would administer it from where?

There appears to be one or two new beer festivals appearing each week, yet none of the already established events appear to be relaxing their realistic visitor target numbers.  So, unless an event is mainly for a local audience (not aimed at well-travelled beer enthusiasts) and / or is a specialised event that targets and focuses upon on a single thing or approach, we may begin to see beer festival saturation point.

In fact, we’re probably already there.

The smaller beer festivals may disappear as a result of the market saturation, and what remains are the larger, heavyweight events with the capital to dominate.  Interestingly, it is a monopolisation of the industry itself that the Craft Beer Scene finds abhorrent, and yet it lets itself be potentially consumed by a monopoly of beer festivals.

I favour a different approach.  I favour events that offer much more than beer, events that choose to be an occasion to remember rather than an opportunity to try as many different beers as possible during a single session.  Events that offer a carnival, market-like atmosphere: music, comedy, lectures, beer sales, food trucks, vinyl/music/vintage clothes, games, pastimes and other entertainment, and the freedom to drink as little or as much as the visitors feels is healthy — no obligation to purchase a mandatory glass or drink as many beers as possible in order to justify a hefty admission fee.

“Drink as much as you can,” promotes one event.  “All for a single admission price.”  Reckless and irresponsible?  Or ground-breaking?  It is a discussion for another day, but does this increasingly popular approach financially penalise those who enjoy drinking different beers but prefer to not spend an entire day drinking to extremes?  Why is it always one or the other?  Why can’t these events offer either a nominal admission fee and paid drinks or an all-in-one package for these determined to taste everything?

This Saturday, for example, there are at least 4 high-profile beer events in the Netherlands, all of which I had hoped to attend.  However, much like the majority of breweries participating, I can only be in one place and cannot spread myself too thinly.  My decision was made based on one aspect (the ‘focus on a single thing’): which event is most likely to provide the best opportunities for drinking great cider!  Personal choice, yes, but demonstrates that to be successful an event also needs to cater to everybody’s tastes and needs.