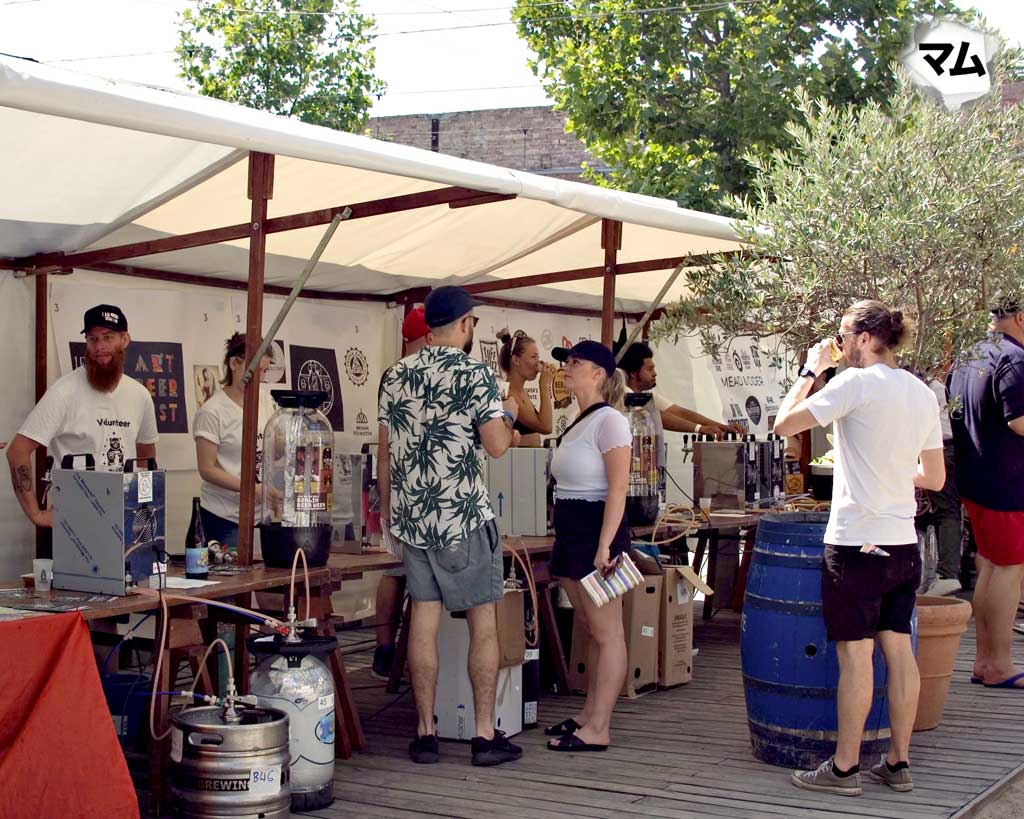 It feels exclusive. The closing party at Berlin Beer Week has the vibe of a private party. It’s a pool party and a beach party. It is fantastic.

Festival2 has gathered many respected beer festivals from across Europe in a unique urban setting for a festival of festivals. It’s the last weekend of the annual Berlin Beer Week. And the organisers of Festival² have curated an event that presents some of the world’s best craft beer, best cider and best mead.

It is the first event of its kind and will define the future of beer festivals.

Festival² is not merely a beer festival, a drinks event or a gathering of beer aficionados and beer industry professionals. No, it’s an occasion. A party that celebrates the best of summer, the best of drinks and the best of Berlin. A party attended by great people who relish the moment and relax or party or chill or chat.

The enormous pool is the heart of the event. With its cool, inviting water enticing visitors and festival VIP’s to swim and frolic all day long. Relaxing bathers and beer-drinkers keen to chat stretch out nearby on the many sun loungers surrounding the pool. This warm, sunny weather is perfect for gathering in and around the pool.

DJ’s and live music provide the continuous entertainment. And there’s dancing. Yoga too. Table football, ping pong and other games are popular.

Business is good for the tattoo artist, inking the adventurous visitors to Festival². Many people choose to have a permanent memento of this memorable event. Proving that not everything that happens in Berlin stays in Berlin. Many tattoos are unsurprisingly related to beer.

A wide variety of street food options keep the visitors fed throughout the event.

Festival² is held at Haubentaucher in the trendy Friedrichshain neighbourhood. Haubentaucher is part of the RAW cultural and nightlife complex, which was till 1994 a workshop for the railways. Wonderfully evident and in sharp contrast with today’s pool, garden and beach is the abandoned elegance of an industrial heritage. But it is the perfect place to enjoy urban events such as this.

The initial idea for Festival² was developed during Berlin Beer Week On Tour. The quirks of each beer festival were observed when Berlin’s best beer was showcased at festivals across Europe. The uniqueness of each event was not combined into a single beer festival. Till now.

Away from the pool, it’s the beach area and garden lounge that prove most popular for conversation. Sand between the toes is inevitable in the summer. And beyond the palm trees is the decking where the beer festivals are located. 25 stalls providing almost every style of beer, cider and mead to hundreds of willing drinkers.

There are two serving times, with a hardly noticeable pause in-between. Everything on draught is disconnected at 5 p.m. and a new selection of beer, cider and mead is available from 5:15 p.m. Festival² is a tasting led event with samples of any beer, cider or mead included with admission. So, the opportunity to sample more unique and rare delights during the second half of the day is welcomed.

Participating beer festivals come from a diverse set of countries, such as:

Festival² is a success.

Visitors are overjoyed and abuzz with expectations for future events. Social Media is alight with cheerful reports and images of fun and excitement. Great memories are being forged before our eyes. And there’s likely to be no hesitation in recommending Festival² as a great festival of festivals.

Anticipation will be high next year’s events. And beyond. Both Festival² and Berlin Beer Week.

(See Also: A festival of festivals in the city of beer)