A beer and cider festival that defines summer 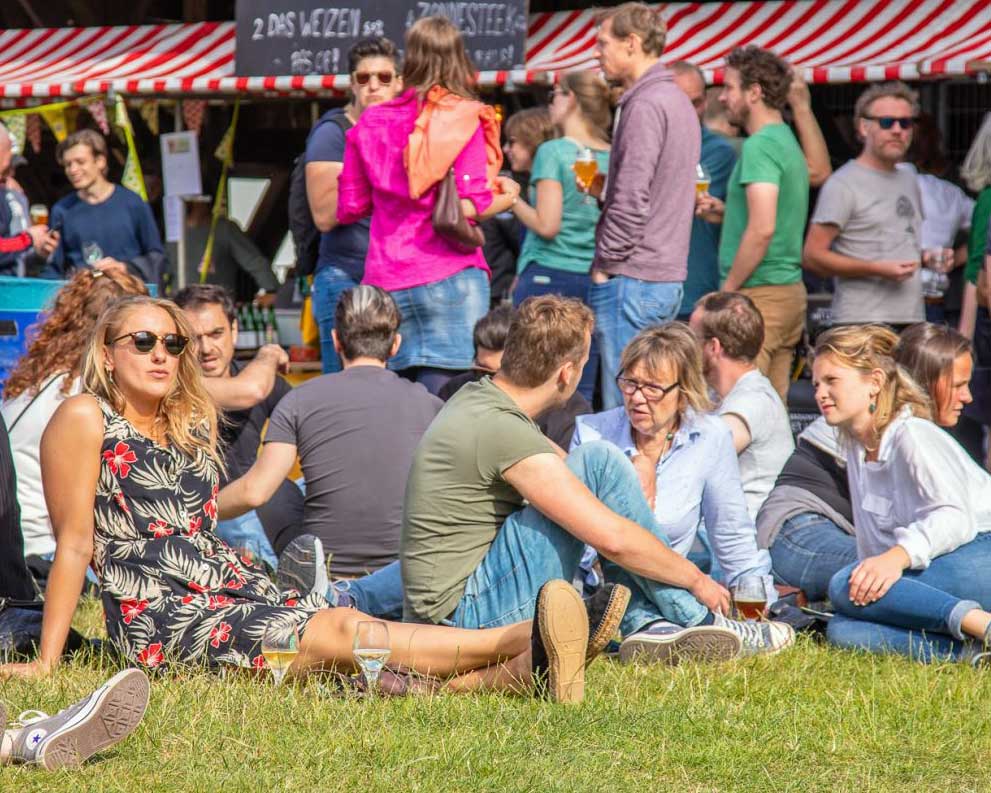 Some things define a summer.  Strawberries and cream.  Long, balmy evenings sipping something delightful as the sun finally dips its head beyond the horizon.  Seagulls snatching ice cream from unsuspecting children at the beach. Relishing a drink or two that contains ice cubes and a slice of lime.

For those who love beer and cider, the opportunity to visit an event at which both are equally represented with a fair billing is an idyllic way to relax, chill and enjoy the finer things in life.  Add some of the best brewers and cider-makers of their class, and a serious contender for an event that defines the summer emerges.

And that brings us to the second edition of the Bier & Cider Festival, held in the impressive Mill Yard grounds at Utrecht’s Molen de Ster on Saturday 29 June, beneath the memorising gaze of the woodsaw windmill.  The location itself is a key player in both the success and appeal of the event.

The presence of many great beers from some of the finest breweries — satiating the palate of thirsty drinkers savouring the unique ambience of the day — was recognised by forward-thinking organisers as not quite enough to provide something for everybody.  Many beer-lovers love cider too.

Add excellent food and a well-curated selection of music, and the day is guaranteed to be another success that mirrors the triumphant day experienced by visitors in 2018.

New York City resident Mary-Elaine Jenkins brings her unique blend of music that combines East Coast, blues and Southern US charm to the Bier & Cider Festival for two sets during the afternoon.  The characteristic soulful voice and melodious groove of Utrecht’s Khalil Toumi is ideal for a two mid-afternoon sets that will provide the event with another touch of elegance.  Utrecht’s resident singer-songwriter Tim Dawn will be showcasing his unique talent and bringing the day’s musical proceedings to a close.  However, for those who wish to continue grooving into the evening, there will be a Silent Disco at the Bier & Cider Festival for the first time in 2019.

Another change for 2019 is the additional of more atmospheric seating along the water’s edge.

The number of food stands is increasing in 2019, giving food and drink connoisseurs even more choice to creating some wonderful food-drink pairings.

Brewing talent from the province of Utrecht is ably represented by Brouwerij Hommeles — workhorse of the local beer scene — Eleven Brewery and Brouwerij Maximus.  Brewing heavyweight and, lest we forget, award winning VandeStreek will be proving why its beer continues to receive accolade after accolade.  Amsterdam’s Gebrouwen door Vrouwen and the ever-popular Brothers In Law Brewing both keep family connections strong, and Nieuwpoort’s Brouwerij De Blauwe IJsbeer adds a touch of cool with its Polar Bear beers.

But it’s cider and perry that is, for many, a highlight of the event.

If anybody is any doubt about the state of the cider and perry scene in the Netherlands, it’s important to note that Steve’z perry won a Silver Award at England’s Bath & West International Cider Championships — somewhat a spiritual home of cider and perry.  Another best in its class is Tilburg’s De Vergeten Appel, a cider-producer taking great steps forward locally, nationally and potentially internationally — it’s a name on everybody’s lips.

Another additional that is always welcome is Doggerland Craft Cider, travelling all the way from Groningen.  Utilising the best nature has to offer is Hilversum’s Elegast cidery & distillery, proud of its foraging tradition that brings the best local tastes, smells and flavours to its cider.  Always a joy, due to the theatrics, cider-knowledge and palpable enthusiasm, is Ciderman Ciderwinkel, a stand at the Bier & Cider Festival guaranteed to be brimming with many unique and international ciders.

Doors open at 2pm, and the Bier & Cider Festival continues until 10pm.  Entrance costs €10.00, but advance tickets are available for €7.50.  Every visitor receives a special festival glass.  The event has a minimum age is 18.