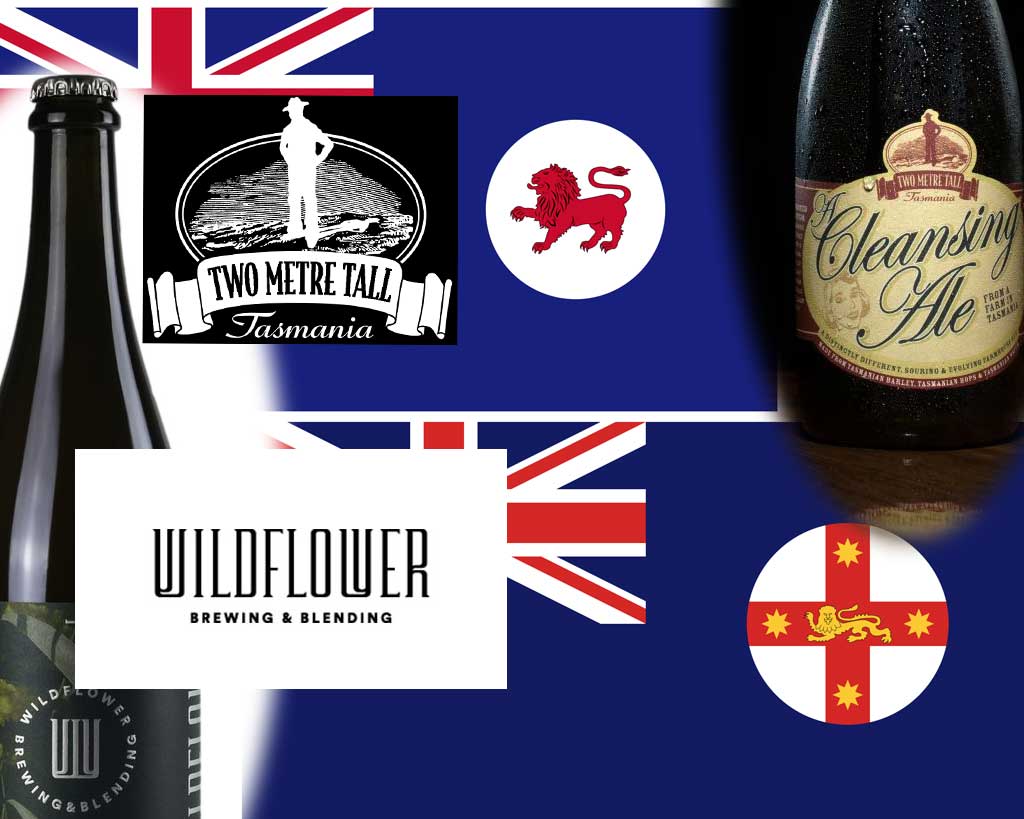 It is 10,500 miles from Tasmania to Italy.  And yet, for the love of farmhouse ales, cider, mixed and wild fermentation, Tasmania’s Two Metre Tall is pleased to be making the mammoth and monumental journey to participate in Reggio Emilia’s Arrogant Sour Festival.  With 500 miles less to travel, Wildflower Brewing & Blending from New South Wales will also be participating in this historic event and bringing its Australian Wild Ales to Italy.

Two Metre Tall’s journey began in the vineyards of southern French, where the seeds of a story that brings us to today’s Farm Ale & Cider were planted.  It was Tasmania’s rich history of hop production and wonderful local ingredients that shifted the focus from winemaking to ale, yet the methods and practices used in mixed and wild fermentation are not a million miles removed from the production of wine.  It’s not even 10,500 miles.

Two Metre Tall has its own farm and utilises its own ingredients in its Two Metre Tall Farm Ales (its Cleansing Ale and River Series Farm Ales) and its Huon Farmhouse Dry Cider (cider worshiping notes: traditional, unfiltered and bottle fermented; nothing but apples and wild microorganisms).  And let’s not forget the wine-barrel-aged Special Releases, the limited quality ales, ciders and meads.

There is much anticipation about Two Metre Tall’s attendance at the Arrogant Sour Festival, and rightly so considering both the literal and remarkable journey taken by the brewery.

And as we continue to argue for: cider rightly deserves and demands a seat at the table at every great ‘beer’ festival.  Distant relatives, for sure, but the genealogy is too intimately intertwined to deny the existence of a close cousin.

It is the diverse culture of brewers yeast, wild yeasts and bacteria foraged from New South Wales that is at the heart of Wildflower Brewing & Blending’s Australian Wild Ales.

The skill of course lies in producing a complex blend of new and old barrel-aged beers that propel the natural flavours of wild yeast to the fore.

It is widely recognised that Australia (and its continental neighbour, New Zealand) is experiencing a boom in the production of artisanal beers, wines, ciders and other delights.  And the beer-world is thankfully getting smaller, so drinkers in Europe are waiting thirstily for the inevitable influx of the best of the best in Australasian brewing and fermenting.  Wildflower Brewing & Blending are well-positioned to bring its great Wild Ales from the suburbs of Sydney to Europe and beyond.

It is therefore foreseeable that Wildflower Brewing & Blending’s attendance at the Arrogant Sour Festival will be one of the event’s highlights.  Such is the success of pairing great producers with appreciative drinkers.

Author: P_____
Expect Sour Beer passion and values to be high at the Arrogant Sour Festival
How to welcome people to an event for forward-thinkers and progressive-drinkers