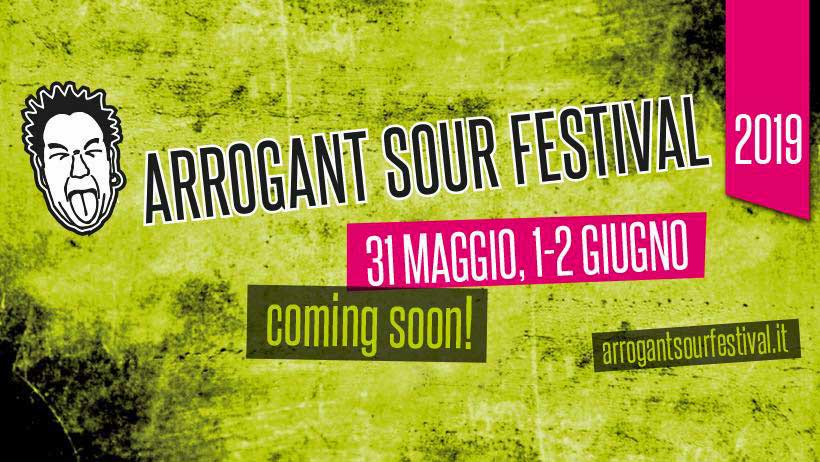 Sour Beer is wrongly perceived to be a young upstart, a rebel, and an unwelcome diversion for the purists who favour something traditional and unchallenging.  Sour Beers are in fact some of the oldest and most traditionally recognised beer styles — the very birth of sourness in beer is a product of history.

Sour Beer was originally a consequence of brewing in an age before modern sterile practices removed the uncontrolled influence on beer of unwelcome organisms in the air.  These naturally occurring wild yeasts and bacteria that our predecessors fought against in their quest to produce beer without spontaneous fermentation led to a characteristic farmyard funkiness that is nowadays generally welcomed for its unique, distinctive and much-loved flavours.

Despite once being unwelcome, these yeasts and bacteria are now highly respected and employed with great relish by most beer cultures throughout the world to produce a wide variety of modern-day and localised versions of the classics that are synonymous areas such as Berlin, Goslar, Flanders and the Pajottenland region of Brussels.

The steady increase in interest and uptake of Sour Beer by both global producers and consumers is largely due to the dedicated effort of those who are determined to keep the traditional flavours, methods and practices alive.  Furthermore, it is thanks to events such as the Arrogant Sour Festival that allows the lovers and admirers of Sour Beer to celebrate its joys; whilst at the same time introducing its delights to those who have not yet had the pleasure to experience some of the world’s top Sour Beer in the company of the brewers who excel in its production.

It is through Alessandro’s many years’ experience and painstaking devotion to the cause of Sour Beer that an extended network of breweries from across the world support him in his vision, and a large number will be participating at the Arrogant Sour Festival — both regular visitors and new attendees — to present over 160 rotating Sour Beers at the 3-day event.

he passion for Sour Beer in its countless, wonderful regional and traditional or contemporary varieties is evident by the desire to present many opportunities for visitors, brewers, professionals and other participants to learn, network, share experience and improve the overall knowledge about Sour Beer.  There will be a selection of 12 events, workshops, practical courses and seminars throughout the Arrogant Sour Festival.

Further demonstration that the Arrogant Sour Festival is not just about beer; it’s not just another beer festival.  It’s an attitude, an idea, a way of thinking, a set of values — it’s a philosophy of Sour Beer and other important factors.  It’s the people and their outlook that make this event so special.

The Arrogant Sour Festival, everybody involved and many of the visitors embody a social conscience that benefits projects and activities outside of the beer-world.  And that is a model that should be applauded.  And copied.

Held at the 400-year old Chiostro della Ghiara in Reggio Emilia’s old town from May 31st to June 2nd, The Arrogant Sour Festival welcomes participants from as far afield as Russia, the USA, Australia and Canada, alongside many of Italy’s finest and participants from Belgium, Germany, Spain, Switzerland, The Netherlands, Sweden, Slovenia, Finland, Norway, the UK and France.

The Arrogant Sour Festival is one not to miss.  Especially if you’re a lover of Sour Beer.

Whatever happened to all of the heroes?  A long time before discovering Lambic, spontaneous fermentation, Gose, Berliner Weisse, Flemish Red Ale, and other sour delights, I was driven by punk music of the late ’70s and early ’80s.  The Stranglers in particular.  Day one of @arrogant sour shifted up a gear from great into excellent as the DJ, spinning classics of rock, punk, dance and various other nostalgic mindblowers, entertained the masses with a song that knocked the wind out of my sails for 3 minutes of pure excellence.  No More Heroes.  It received a stunning response and the till-now muted hordes of sour beer lovers perceptibly started to shimmer and shake – dancing had arrived in the historic cloister of Chiostro della Ghiara.  The day is going well,  It was excellent so far, but now it is taken a turn for the better, a whole new dimension.

Drinking a sour beer with Ozzy and Mr Crowley.  What can be better?

Sour beer.  It’s the future.  It’s the past.  It’s the stuff of beery dreams. And it’s the reason to be in Italy in early summer.  The sun is shining. The birds are singing.  Butterflies flutter by.  The city of Reggio Emilia is abuzz with some, if not all, of the world’s best sour beer styles.  And a well-curated selection of its producers.   The great and the good of a beer style that is not only divisive and complex, but also perfect for this environment, perfect for this weather and perfect for introducing the novices to beer that are in many ways indicative of everything that is great about crafty, artisanal and traditionally historic beer.

The beer producers are here.  And that is important.  Not only to showcase their finest beers, but also to demonstrate how to excel in everything that is great with mixed fermentation, wild yeasts, blending and all that is totally wild about sour.  There is no better way to pass a few hours than in the company of a beer producer who passionately believes in something a bit different, a bit special, and is happy to praise the current state of the industry and the next generation of funkiness.

‘funky’ itself is a divisive word.  Some producers loathe it as an adjective to describe their beer; others relish the word and use every opportunity to extol the virtues of farmyard, funky flavours.

If listening to a producer talk about his or her beer at the taps is not enough, there are, of course, the workshops and presentations to enjoy.  An opportunity to learn from some of the masters of the genre.

The weekend is upon us.  And as we all know, a weekend is perfect for sour beer – much like its weekly counterparts.  Reggio Emilia is the place to be for the finest in Lambic, spontaneous fermentation, Saison, fruit beer, Berliner Weisse, Gose, oud bruin, Flemish Red Ale and wide range of American guests and multiple Arrogant Sour Beers that do not fit into any specific style.