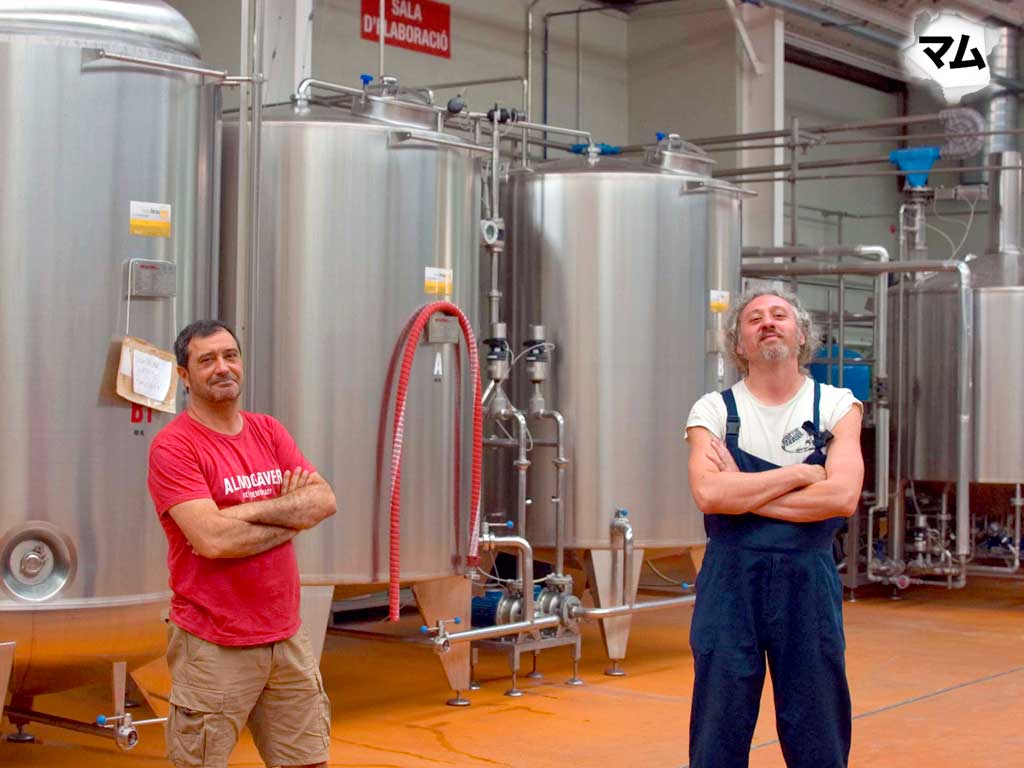 Barcelona’s latest brewery taproom is taking shape in the Sant Martí district of the city centre. The Cerveses Almogàver Taproom will open in early 2020. Its location a few stops from Sagrada Família on the L2 Metro will attract locals and beer tourists alike.

Only a 1-minute walk from La Pau Metro station on the L2 and L4 Metro lines is Cerveses Almogàver. Its home is a former minerals factory that mined rocks to mill into powder for the cosmetic and pharmaceutical industries. The brewery took over the building in May 2016 and stated producing beer in the following March. Cerveses Almogàver will open its Cerveses Almogàver Taproom in the former factory office.

Outside the taproom is a large, sheltered terrace that overlooks the brewery. With its small landscaped garden and large capacity, it will prove popular in any weather throughout the year.

Cerveses Almogàver covers a wide range of beer styles with its brewing portfolio. Any of its beers could stand-alone as a single award-winning beer. Yet as a whole range of beer, the production quality and standards of taste, aroma and mouthfeel is extraordinary.

Most impressive of all are its Pale Ales, IPAs, Porter and Stout beers. Its Rauch smoked beer is surprisingly good considering it is produced in such a warm climate.

Cerveses Almogàver takes its name from the Almogàvers — agile and formidable soldiers in this region during the Middle Ages. They were shepherds who joined military units after being driven from their land.

Many of central Barcelona’s streets also have names that are associated with the Almogàvers. Today’s Catalans highly regard the Almogàvers for their importance in defining the modern Iberian Peninsula.

Today’s beer-drinking Catalans highly regard Cerveses Almogàver too for its contribution to the modern Catalonian beer scene. Sharing the Almogàvers name, socially and culturally, is a perfect fit. It’s a brewery with the honour and reputation of a namesake to defend.  A challenge it handles with ease.

But it is the friendly attitude, individuality and unique character of the people involved that is most striking.

There is a connection between the people of Catalonia and the people of Italy. Shared attitudes, a mutual love of bold flavours and a common Mediterranean passion. Considering the impressive, confident flavour profiles of Cerveses Almogàver’s beer, it is unsurprising to learn the Head Brewer is Italian.

Both the Catalan people and enthusiastic beer travellers relish real, authentic Craft Beer. And Cerveses Almogàver delivers on its promise: “Real craft beer for those who like real things!”