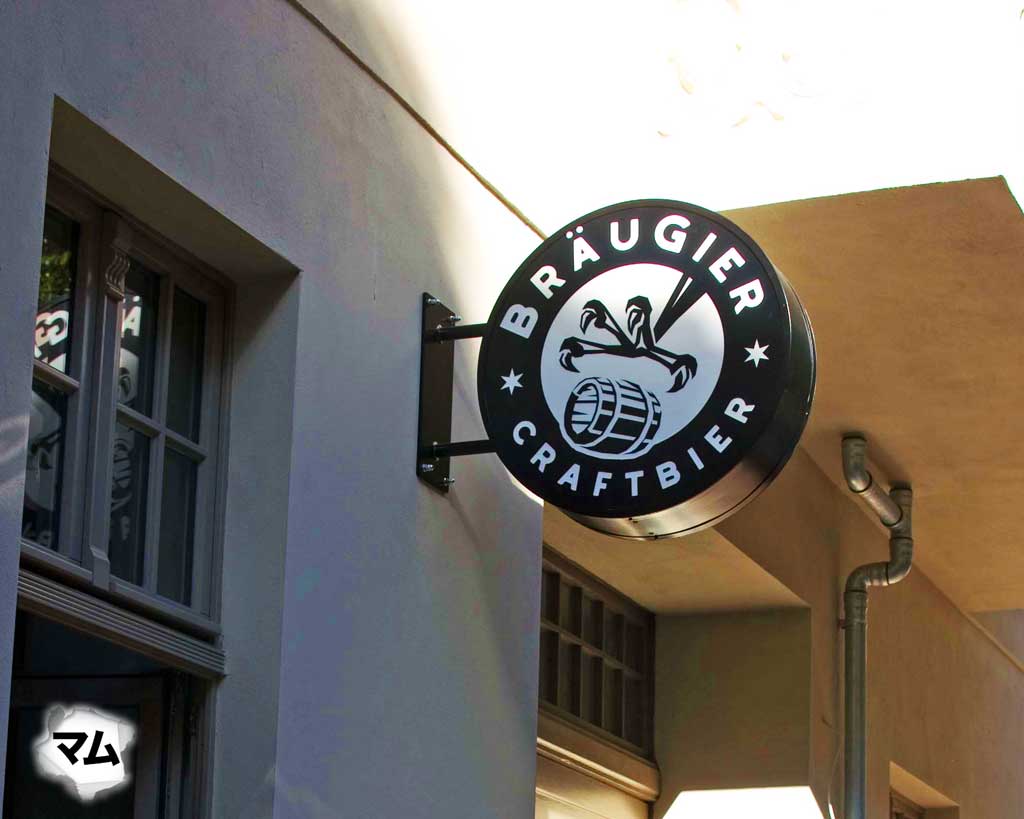 A few steps from Prenzlauer Allee in Berlin’s vibrant Prenzlauer Berg neighbourhood is the Bräugier Craftbier Brewpub. With 12-taps, this recent addition to the Berlin Craft Beer scene is making a big impression. The brauhaus tucked behind the taproom produces modern classics and traditional German styles with a contemporary twist. The proud brewmasters in the Braugier brewery display world-class brewing talent by producing flavoursome beer, such as:

Bräugier uses a generous amount of malt and hops to give each beer a distinct taste and bold aroma.

Quality is very important to everybody at the Bräugier Craftbier Brewpub and brewery.

Whether it’s utilising the best of German beer training or experimenting to find the best flavours. Whether it’s a desire to create genuine, authentic beer or an unparalleled commitment to maximum freshness.

For example, not only has the brewery invested in high-quality cold storage, but it leads the way in chilled delivery. Bräugier cares about beer, every step of the way.

There is a clear love of beer and enthusiasm for brewing at Bräugier. Everybody has a passion for the history and culture and of beer in Germany. Everybody loves brewing beer, drinking it and talking about the central role of Bräugier in society.

Founder Brian is a native of New Orleans and has always had a love of great beer. Yet he fully immersed himself in the German beer culture during a year studying in Bavaria. He studied German and spent an exchange year in Bamberg, the town famous for its smoked Rauchbier.

Fast-forward a few years and Brian — together with Co-Founder Johannes —founds Bräugier in Berlin. Master brewer Axel and Dasha, who’s behind the creativity and design, complete the Bräugier team.

It is a rare thing to encounter a brewery for the first time that makes a long-lasting impression. It’s not an everyday occurrence, yet it seemingly happens lot in Berlin. Bräugier is a great example of a remarkable brewery. Not only is the beer produced to a high-standard, but the people involved also have the right attitude.

If you are in any doubt, visit the Brewpub. It’s easy to find in the heart of Prenzlauer Berg’s mid-20th century architectural industrial chicness. There are 8 Bräugier beers on tap to try, as well as 4 guest beers.

Bräugier may only be a few years old, but it has already achieved a lot. It’s a brewery with a creative approach and exception beer staffed by welcoming people. Three things many other breweries spend years trying to accomplish.