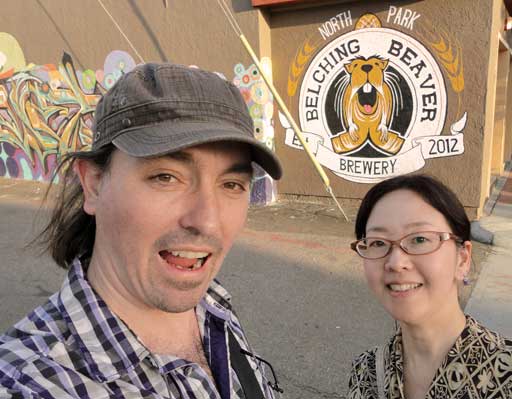 We’re Peter and Saki, who (along with Fumiko and other international associates) form the core of Kaeru Beer.

As beer professionals, we’re motivated by:

We’re enthusiastic lovers of either water, hops, malt and yeast or fermented fruit, irrespective of our professional involvement with international Craft Beer, Craft Cider, Real Ale and Real Cider.  It’s easy to be passionate advocates of the immense variety of styles, tastes and aromas resulting from a balance of core ingredients, the magic art of the brewer/cider-maker, and sometimes that extra something special added to the mix that delights the drinker. To promote the Japanese Craft Beer and Cider scene in Europe and the US, and vice versa: to introduce European and US beers and ciders to Japanese beer connoisseurs.  However, most of all I am motivated about being involved with the thing I love and enjoy (beer and cider) on a more professional basis.

Honest, modest and diligent, which sounds like the name of a future beer.

A little negative, hot-tempered and something of a pottymouth, which sounds like the name of a future beer.  😊  (© urbandictionary.com.  “pottymouth”: someone who can’t utter a sentence without the excessive use of swearwords.)

Completing my master’s degree.  Being a feeder — introducing people to good food.

Gaining 12 kg in 3-months when I lived in New Zealand, to the extent that my family didn’t even recognise me when they met me at the airport.

Either leaving New Zealand for a life in the UK, or eating a whole packet of shortbread every day (comfort eating; see above).

Firstly, leaving my family to go to New Zealand, and secondly, getting married to a beer monster.

Pop-punk, metal, and sometimes hardcore, depending on the style.

To be more sarcastic and more assertive.

To understand every language and to be immortal.

Eating ramen in the middle of the night!

Kyushu, Japan, to eat ramen in the middle of the night.  Tahiti, because it’s a completely different world.  Vietnam, for the food.  New Zealand: mountains, mountains, lots of mountains; I don’t see many of them nowadays.

Porters: British porters, US porters, any porters so long they’re chocolatey, rich and not too watery.  I’m not too keen on stouts that are incorrectly labelled as a porter. 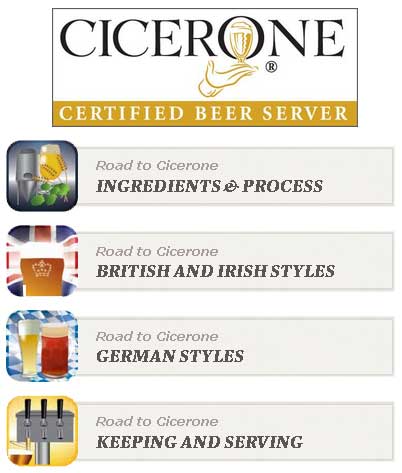 There’s more to a beer than aroma, taste, mouthfeel and aftertaste.  There’s more to cider than apples and mother-nature.  There’s more to crafting a delightful brew than synthesising the constituent parts into a pre-defined style.  There’s always a backstory, a background — the people-first, human element.  The inspiration.  The hobbies, interests and values that inspires somebody to make beer or cider.  This is what I am interested in.  The stories behind the beers.  The people behind the beers.  What drinkers find interesting about the drink before even taking a sip.

Living life on the edge!

Can anybody truly answer this question about themselves, since how others see us is most likely completely different to how we see ourselves.  You had best ask somebody else what my three best character traits are, since I don’t like blowing my own trumpet.

I’d be happy if I were called dependable, honest and focused.

Pride is a strong word.  There’s not much I am proud of, although I am pleased with a lot of things.  I’ve always wanted to better myself, and driven myself towards further, better goals.  A consequence of this self-starting approach is being pleased with where I am in life now.

Not having made more mistakes.  Not taking the plunge.  Not making the most of what was on offer.

There are not enough hours in the day to even begin on this topic.  I’ve done far too many stupid things, yet I don’t regret any of it because everything we do is another step on the staircase of life.  Changing one stupid thing in the past to a more sensible approach may have contributed to me being a completely different person today, and that would be dreadful.  Perhaps.

Words.  Music.  Drinking.  Travel.  Voluntary/charity work.  No time for much else, really.  It’s great those five core elements are still as much my motivation now as they were in the distant days of my childhood!

On our television at home, we can search by Genre.  Above Movies is the word ‘Adult’ that I have mistakenly clicked a few times.  They’re eye-opening movies!

Whatever makes my heart flutter, whatever moves me emotionally.  I have very, very eclectic taste in music, but rock and punk lie at the very core of who I am.  My 70s British punk thing switched to metal in the early 80s, then hair-metal in the late 80s; my tastes in the 90s and thereafter could be summarised as ‘alternative’.

I’m working on it!

An Iron-Man type suit would be perfect for those nights when the beer flows too delightfully.  “Jarvis, I’m hammered, take me home, sir!”

Beer-wise or generally?  Beer-wise, it must be the US: San Diego, Minneapolis, Tampa, Denver, Portland, Austin, the usual beer-cities.  Burlington, Vermont, and Asheville, North Carolina, are high on my list of places to visit.  Beer-writing commissions from breweries in these cities will be welcomed wholeheartedly!

Generally, Japan is my second-home and a country I love.  The Japan Craft Beer scene is booming, too, so that’s a bonus.  I liked Buenos Aires; I found it very European in its pub, bar and drinking culture — it was a home-from-home, albeit unique.

I have a penchant for life on the hoppy-side, so West Coast-style IPAs usually jump at me first from a beer-menu — or general US-style Pale Ales.  Not far behind in runners-up position are the Sours, the Lambics and other wild-fermenting delights.  Bronze medal goes to a Porter — a good Porter that doesn’t pretend to be a Stout, a roasty, thick, chocolatey Porter; they’re difficult to find.  Awards for competing always go to a decent quality Mild.

Banana-flavoured esters to the fore are always appreciated.

Would I be struck-off the beer-lovers register for saying my favourite beer style was Real Cider?

I love strong British-style tea with no sugar, so go figure… To drink and eat!

Nervous about answering this question.

Three of the best?  I have no idea!

I have an unwavering character.

It’s too serious to state here.

A better memory, an ability to remember everything.

Having the house to myself in the evening when everybody else is working, when I can drink some nice beers without interruption.  I love that time!

Fukuoka in Japan because food and sake are very nice…and cheap, but overseas it must be Turin for the same reasons — just substitute the word ‘sake’ for any kind of beer or wine.

Most recently it is sour or gose.